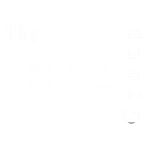 This part of our two-part blog on Foundational Challenges Facing Atlanta & Most Communities is excerpted from a talk given in April 2021 by R. Steven Justice to the Georgia Tech Executive Round Table Spring Conference which focused on “Atlanta Next” – issues facing the metro Atlanta area and potential solutions. Part two will be posted on December 15, 2021.

My background is in the aerospace industry where I worked on many cutting-edge programs before joining the Georgia Department of Economic Development in 2010 as the Aerospace Director and later Executive Director of the Center of Innovation program. During my years with the Georgia Centers of Innovation, I learned quite a bit about the needs of our communities large and small across Georgia and how our core infrastructure impacts communities and business.

In this blog today I talk about two of four foundational challenges that face the Atlanta area and apply across all our communities. These are challenges that could stimy or even bring growth to a halt but offer great opportunities for emerging companies and leaders to make your communities a positive example to the region and nation. I’m going to give you lots of facts along the way, hey I am an engineer, but I hope it gives you something to think about.

Transportation is at the very core of Atlanta’s existence since the city was founded in the 1840s as the junction of three railroads. Railroads represented the latest technology of the day, the steam engine, harnessed to allow transportation of people and goods overland at a level never seen before. Before that, cities were usually located near the coast or along rivers, but the railroads allowed Georgia to expand inland independent of those waterways to take advantage of the vast natural resources of Georgia.

Atlanta became the railroad hub for the southeast. Then as the next wave of transportation technology hit, namely the internal combustion engine, Atlanta became the hub of a road network eventually leading to three major interstate highways crossing here. And in the 1960s city leaders invested heavily in our airport which became the busiest in the world. Atlanta is now a major transportation and supply chain hub for rail, road, and air – just look at all the distribution centers everywhere – but our success has led to congestion and gridlock which threatens our continued growth. We keep building more roads, more MARTA rail lines, and more runways but at some point, we simply run out of space and money. We must build a more efficient transportation system.

Let’s look at the transportation problem that we as individuals face every day – how to get to work in Atlanta. We buy expensive capital assets, cars, to get us where we need to go. The average one-way commute in Atlanta is just over 30 minutes – we drive to work then park the car for 8 hours, drive back home, maybe do a side trip or two, then park the car until the next morning. That capital asset sits idle roughly 22 hours of the day taking up space and our money. This is a highly inefficient system.

Public transportation is one alternative but works best along high population density routes. It also does not address “the last mile” to get people from the rail or bus stop to their destination. We’ve recently seen the emergence of personal transportation services that make it uber easy to get a lift from where you are to where you want to go. But now we can leverage new automation and artificial intelligence (AI) technologies to make those cars driverless and autonomous. This promises to lower costs and improve efficiency.

Imagine a metro area where you don’t own a car and all the capital and maintenance costs that go with it – you simply use the app on your phone to get reliable transportation service whenever and wherever you want it.

Now you arrange a pickup in the morning, the pod arrives, and you can now use those 30 minutes of commute time to relax or even work. The pod then goes off to serve other people all day long before you use the service again in the evening to go home. People who use public transportation can use the pods waiting at the MARTA station to take them the last mile to their destination. People who can’t drive now use the pods to go to the store or doctor appointments; kids can get home from after-school activities more easily. These pods keep moving all day only returning to their maintenance facility for fueling, maintenance, and cleaning. Sounds like a future I want to experience.

As we move down the road of transportation-as-a-service, there are numerous impacts to our society in how we design roads, how we integrate these pods with larger autonomous busses and trains to build an efficient network for everyone.

Now that we don’t need big parking lots everywhere, how do we repurpose that space? Maybe more green space? It changes the urban and suburban planning model in ways we can’t yet fully grasp.

Energy drives our transportation system and everything else in our economic system. As a society, we’ve gotten used to energy on demand and everything grinds to a halt when it’s not there – just look at Texas in early 2021 during historic cold weather. Germany had a similar experience in early 2017 when they had 6 weeks of cloudy and practically windless weather. It was so disruptive they even named it – “Dunkelflaute”, translated meaning “dark doldrums”. Germany had moved forcefully toward renewable energy – wind and solar – and started retiring most of their fossil fuel and nuclear plants. “Germany was forced to recommission coal power plants to simply keep the lights on” according to an article of the time. So, it’s clear we need an energy system that is diverse in its sources and with enough excess capacity to handle disruptions due to weather and other issues.

How are we in Atlanta and Georgia? Georgia imports over $26 billion in fossil fuels each year to fuel our electric powerplants and factories, mostly natural gas with the use of coal dwindling, along with gas and diesel for transportation. None of those fuels are produced in Georgia, so that’s $26 billion dollars we send out of state each year. Georgia is one of the top ten states for electricity from nuclear, accounting for roughly one-quarter of all electricity generation. And we have more capacity coming online soon. Solar and wind account for another 10% of our electricity generation and are growing each year. But as more of our transportation system switches to electric systems, the draw on our electrical grid will grow even more.

What do we do? We need to keep pushing technologies to make safer nuclear reactors, which have no greenhouse gas emissions and aren’t affected by the weather. The anti-nuclear movement in the 1970s and 1980s stymied nuclear power plant construction and research resulting in more coal power plants to meet the demand. We accepted, for a time, more greenhouse emissions to avoid the issues with nuclear. Our new nuclear options include small modular reactors, advanced fission, and hopefully fusion.

We must invest in further efficiency gains in solar panels from the roughly 20% level of today to around 30% – which is within reach – to increase our solar power production by 50% in the same footprint. We also should invest in technologies for wind, tidal, and hydropower that are appliable to our region and compatible with the environment.

But fossil fuels will be part of the mix for some time to come, especially in areas like aviation where batteries and fuel cells just won’t have the power density to displace liquid fuels in the foreseeable future. What do we do?

You can’t drive across Georgia without noticing that we have lots and lots of biomass. Arizona has deserts and sunlight, we have trees, trees, and more trees. In fact, our Forestry Commission estimates that we could more than double the commercial harvesting of trees in Georgia and still be below the sustainability line for tree growth.

On one hand, we have lots of biomass and on the other hand, lots of need for liquid fuels – what we need is the technology to turn that biomass into cost-competitive, drop-in carbon-neutral fuels that can replace the fuels we import now. We have the technology to make these fuels from biomass, but we need to bring the cost per gallon down to be competitive with fossil fuels.

Imagine not sending billion dollars each year out of state, but instead, those dollars going to our tree farmers and local refiners to supply our fuel needs ourselves – what a dramatic economic impact that would be… and a good for our environment.

There you go – transportation and energy – two of four foundational needs and challenges that will support all other growth and advances in our communities. These areas are ripe for innovation with tremendous potential benefits to our community and to society. At The Ginn Group and our engineering venture INGITEQ, we are committed to addressing these challenges through quality, responsive and cost-effective services, and solutions to meet the needs of our commercial, state/local government, and federal government customers. Watch for our next blog post to learn more about the other two foundational needs, water, and education! 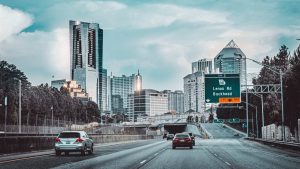 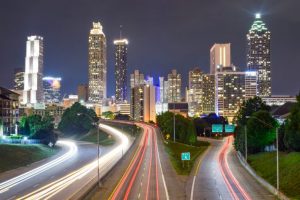 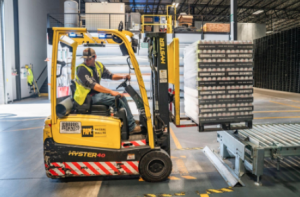 The flow of goods and services is an integral part of our economy. Managing this flow properly can help businesses and therefore consumers cut costs 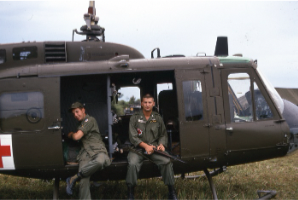 To honor our Veterans this Veterans Day we spoke with Jim Ginn, Army Veteran, Founder, and Board Chairman of The Ginn Group. James P. Ginn 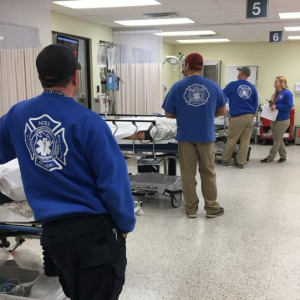 First responders are the ones who head towards disaster, not run away from it. These incredible men and women undergo intensive training to know exactly

Let us know how our well-equipped and professional team can assist you. Fill out the form below and someone from our team will be in contact with you shortly!